Get fresh music recommendations delivered to your inbox every Friday.
We've updated our Terms of Use. You can review the changes here.

The Way We Burn

by Three For Silver 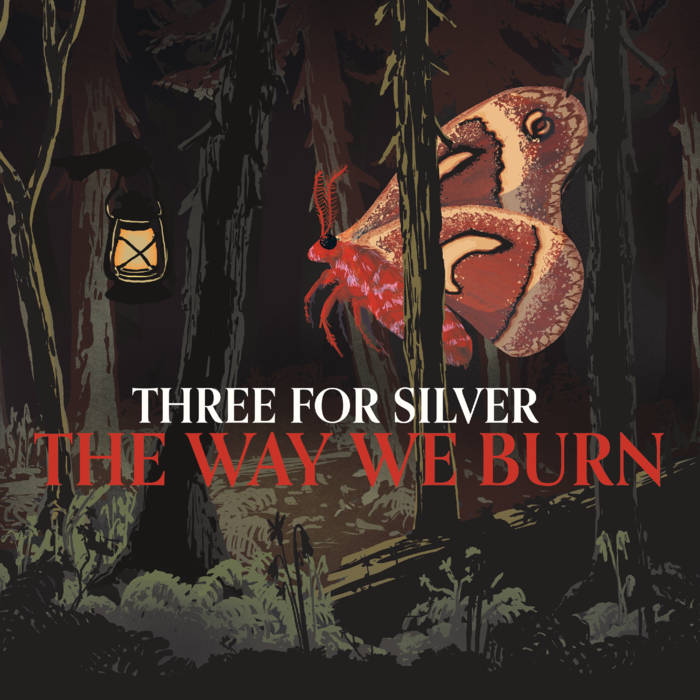 tobias_rieper Dark folk. The album that got me into them and I hold it in high regard. Complementary dual male/female vocals. There's just one song I don't like. Blissful music with depth that you ought to try even if you usually listen to more intense stuff. Lucas' vocals put lots of metal singers to shame - the guys, too. Favorite track: Wildwood.

Three For Silver's new album The Way We Burn is a testament to their endless grind. In 2014 the band met Adam Lansky (tracking/mixing engineer) and a conversation was begun that would culminate in these sessions. Lansky is a renegade audio engineer, a devoted freak in his own right, with one eye on his mic gain and another on his cache of survival gear, waiting for the day when civilization finally gives up the ghost. He has devoted himself to what some call “field recording”, but could more accurately be described as capturing music out in the wild, away from studios, in the nooks and crannies where it’s most likely to breed and grow. He’s a big game hunter armed with mics and preamps instead of guns and traps.

Together, him and the band formed a vision of an album that would capture the wild tangle of Three For Silver’s sound. Recorded from a dank basement to a cloud-capped stone observatory, from a silent river home to an empty piano warehouse, The Way We Burn marks a new generation in album production, and a band of people that is more than just one sound or one style.

Whether live or on their new record, Three For Silver is a band for this moment, when it is hard to imagine the future and all too easy to focus on the past, when the rules no longer seem to apply, and when what you never thought possible is the only choice you’ve got.

Bandcamp Daily  your guide to the world of Bandcamp